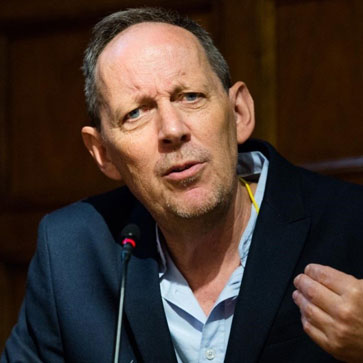 Phil Ball works as a consultant for the Federation of Basque Schools, based in San Sebastián in Spain. He writes materials for CLIL, is a teacher trainer, and was closely involved with the award-winning, Basque primary education project, Eleanitz, for which he also wrote the music. He has been involved in several European-based CLIL projects and has written a wide variety of CLIL-based textbooks for the Basque and Spanish social science and English language programmes. He co-designed the new CLIL Essentials online course for the British Council and is the module leader on the MA CLIL degree for NILE in England. He also works at the University of the Basque Country (UPV), training lecturers to deliver their subjects through English, and his work has included consultancy projects in various countries from Slovakia and the Czech Republic to Japan and Qatar. He is the co-author of the book Putting CLIL into Practice (Oxford University Press, 2016) and his CLIL textbook series for the Basque curriculum was nominated for the ELTONS Innovation Award in London in 2016. He is currently writing a children’s novel for a British publisher.